Abandonment may impact the matters within a divorce, but it cannot affect the grounds for an Oregon divorce. Abandonment alters the marital relationship because the abandoning spouse leaves the marriage physically, mentally, emotionally and sometimes, financially.

The decision to get a divorce may be one-sided or mutual between the spouses. They want to end the marriage of infidelity, mistreatment or distrust. Sometimes, the marital relationship runs its course, and the spouses no longer desire to stay married. In some circumstances, one spouse leaves the other spouse and the family. When a spouse leaves the relationship, family and responsibilities without any intention of returning, that is called abandonment.

Also known as desertion, abandonment may have a significant effect on the spouse and children left behind. If the spouse who left is the primary earner or caretaker for the family, the impact may create severe hardships. There are two types of abandonment – criminal and constructive. Criminal desertion occurs when a spouse no longer provides for the spouse and family without a justified reason. Constructive abandonment happens when the spouse does not physically leave but behaves to make the marriage unbearable for the other spouse to remain.

As a no-fault divorce state, Oregon abolished fault grounds as the basis for filing for divorce. State law set forth three grounds for divorce:

Abandonment cannot set the basis for the dissolution; however, it can affect other matters in the divorce case. The court may include a spouse’s desertion in its review of spousal support, child custody and support, and parenting time.

Spousal support is an order from the court for one spouse to make payments to the other spouse. Oregon has three types – transitional support, compensatory support, and spousal maintenance. A spouse receives transitional support to get the education or training necessary to reenter or advance in the job market. A spouse may receive compensatory support for their contributions to the other spouse’s education, training, career, or earnings. Spousal maintenance is the support of one spouse by the other for a limited or indefinite duration. If the spouse seeking spousal support abandoned the other spouse, a court might review the deserting spouse’s financial status and how they supported themselves during the desertion. If the abandoned spouse seeks spousal support, the court could assess the hardships that arose when the other spouse deserted the family.

Abandonment may also impact child custody, child support and parenting time because their terms must meet the best-interest-of-the-child standard. Although both parents have an equal right to the child’s custody, care and control, the court must determine that child custody, support and visitation terms promote safety and overall well-being. A judge may arrange for sole or joint child custody. However, the court cannot order a joint custody arrangement unless both parents agree to it. If a spouse deserted the other spouse and their children, the judge might give sole custody to the other spouse because of the concern that the deserting spouse may repeat such behavior while the children are in their care.

The impact of desertion on child support is a result of financially abandoning the family. If the abandoned spouse was the homemaker or lower wage earner, the child support reflects the income of the spouse ordered to pay, the reasonable needs of each parent, and any other factors the court thinks are relevant and appropriate.

To schedule a consultation with one of our postnuptial attorneys in Oregon or SW Washington, call us now at 503.222.9116 or write us.

To schedule a consultation with one of our family law attorneys in Oregon or SW Washington, call us now at 503.222.9116 or write us. 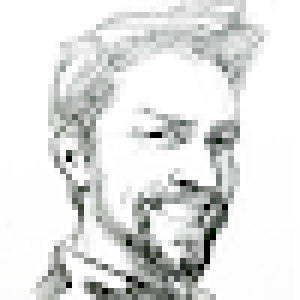 Get peace of mind with a personalized legal strategy.

Please use the form below to contact a GRM attorney. In the interest of confidentiality, just leave your name, email address and phone number. We’ll contact you. Please do not include confidential information. Unsolicited information does not create an attorney-client relationship and is not confidential.